This work in progress consists in a collection of jute sacks, sewn together with red thread.

I found the sacks stored in a corner of the house. At one time, they had been used to store the almond collected in the family field. When the flood came, the roots of the trees rotted and the almond trees were replaced by orange trees. The sacks lost their use and were stored first in a closet, then somewhere else. I found them on a shelf in the warehouses.

I spread them out on the ground so I could see what they had written on. Each one came from a different country, but they all had the same purpose. store, keep, accumulate at first almond and now dust. They were witnesses of borders and countries that today, some, no longer exist.

Wanting to play with the idea of maps, borders and the red thread, I have simulated an invented map. Not a real one, but a domestic and imaginary one.

The sacks correspond to merchandise that was sold from one country to another in an increasingly global trade. It is not clear how and when these sacks arrived at a local, family level, and were reused in a reconversion that, over time, turned this great economic macro-policy into a domestic micro-politics.

Where do these big political words end up? These great countries are ultimately the people, with no differentiation between borders and limits. Can manipulative stitching be a way of uniting from the private, from anonymous people? 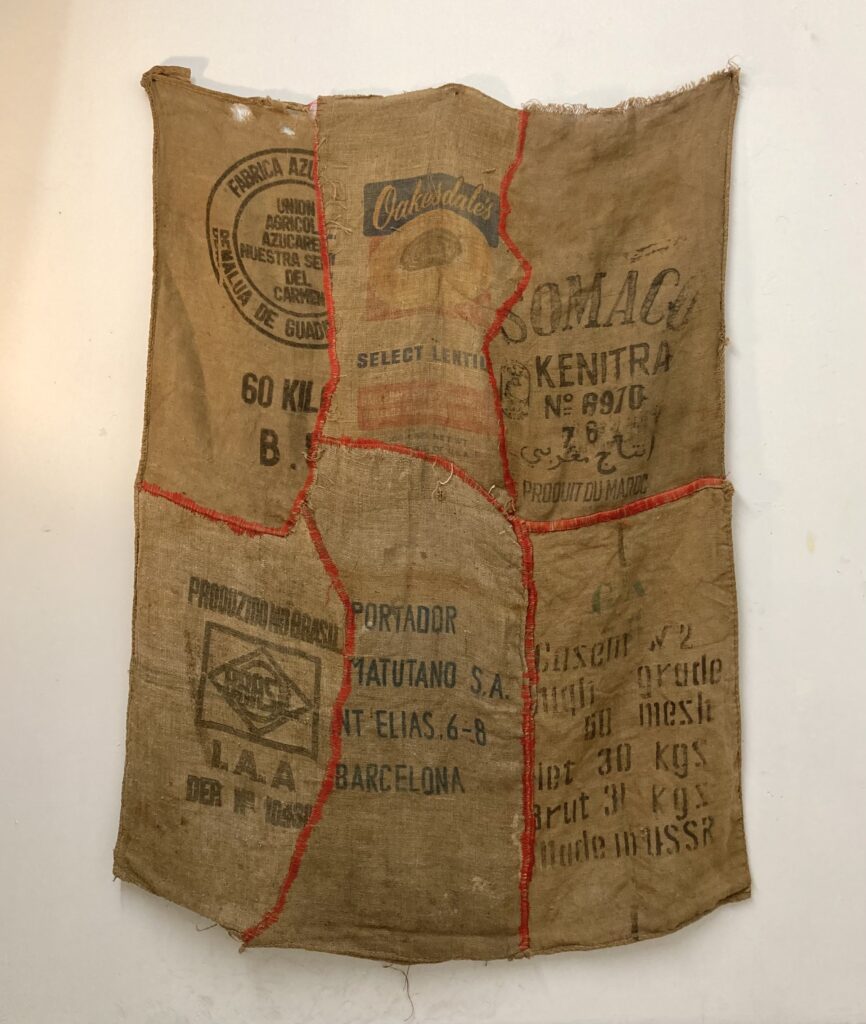